OnePlus is a Chinese smartphone manufacturer known for producing high-quality devices at competitive prices. OnePlus focuses on premium features and performance. Its smartphones are often equipped with high-end processors, large displays, and fast charging capabilities. The most recent flagship lineup from the company is the OnePlus 10 series. The lineup has three variants: Oneplus 10R, OnePlus 10 Pro, and OnePlus 10T.  You will expect that the PTA taxes on these phones would also be exorbitant as we have seen in other flagship phones like iPhone 14 or Galaxy S22. However, luckily, this isn’t the case. To our surprise, the PTA taxes on OnePlus flagship smartphones are comparatively less as you can see in the below-mentioned table.

We can’t understand what kind of algorithm our national telecom regulator (Pakistan Telecommunication Authority) along with FBR is using to levy taxes on smartphones. Because it is strange that taxes on certain flagship phones are comparatively much higher than their counterparts. Soon, we will publish a list of some other phones on which you will have to pay comparatively less PTA tax. 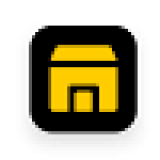